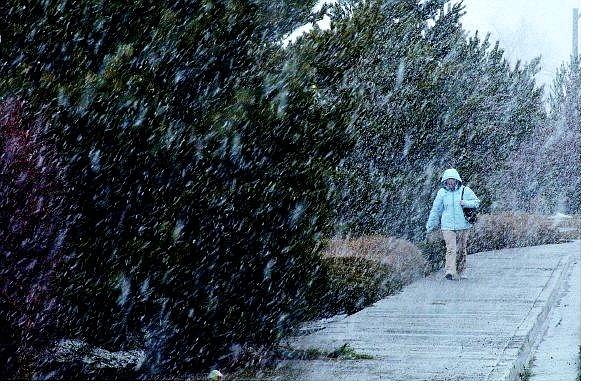 Rick Gunn/Nevada Appeal A pedestrian walks Tuesday in the snow near the old K-Mart building in North Carson City. Meteorologists predict intermittent snow showers for the next several days, but no large accumulation.