'Significant rises' of rivers expected but flooding not predicted 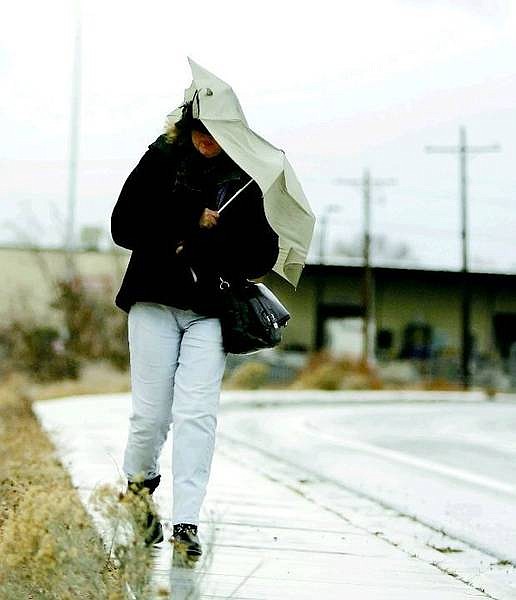 Brad Horn/Nevada Appeal A woman walks north on Roop Street in Carson City during a wind and rain storm on Friday. Carson City is expected to get up to 3 inches of rain by this morning.