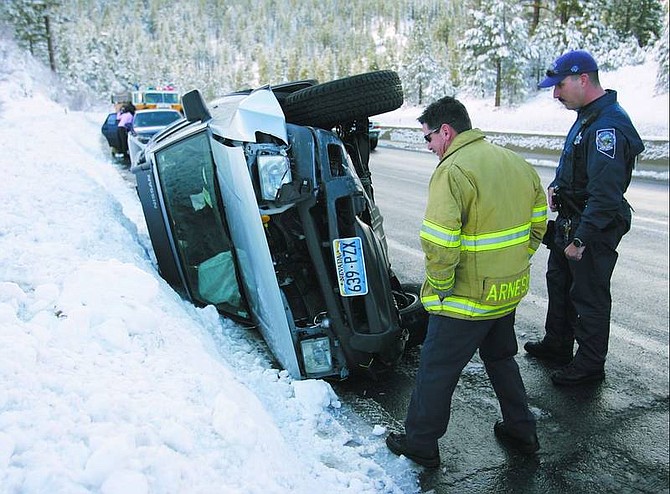 Chad Lundquist/Nevada Appeal Carson City firefighter John Arneson, left, and Nevada Highway Patrol Trooper Nick Nordyke look over a single-vehicle accident that occurred in the eastbound lanes of Highway 50 on Spooner Summit on Monday. The accident was the third on the highway that day, as icy conditions made driving hazardous at higher elevations.