2006 elections shaping up to be both interesting and competitive 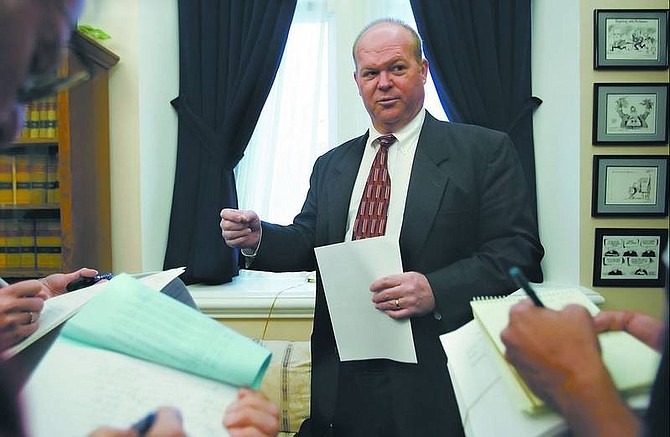 Chad Lundquist/Nevada Appeal Sen. Bob Beers, R-Las Vegas, talks to reporters after filing papers Dec. 19 at the Secretary of State&#039;s Office for a plan to limit government spending and give voters the final say on tax increases.