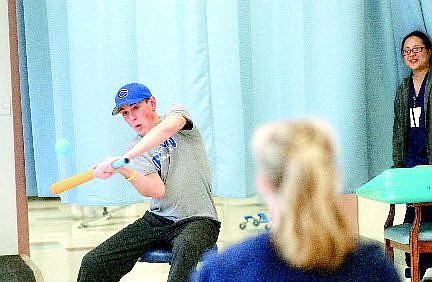 Rick Gunn/Nevada Appeal Jack Maloney drives one home during a game of Nerf baseball in the Carson Rehabilitation Center in March. During the spring 2005 baseball season, Maloney was diagnosed with the potentially deadly disease called Guillain-Barr&#233; Syndrome that left him paralyzed.