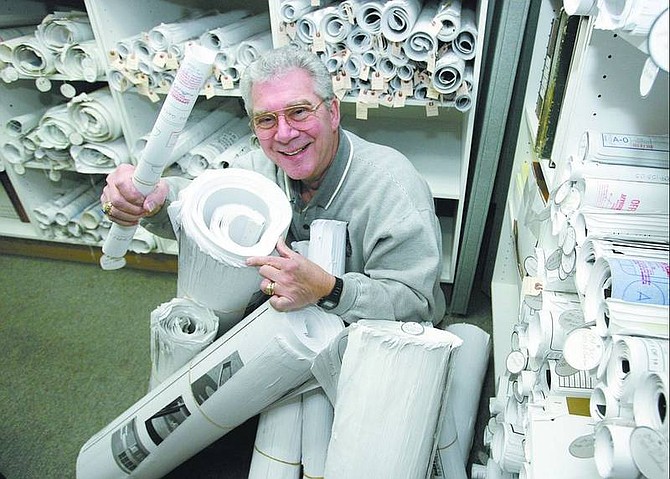 Cathleen Allison/Nevada Appeal Phil Herrington, buried in building plans at his office, will retire from the Carson City Building Department Friday. Herrington helped make the permit center what it is today.