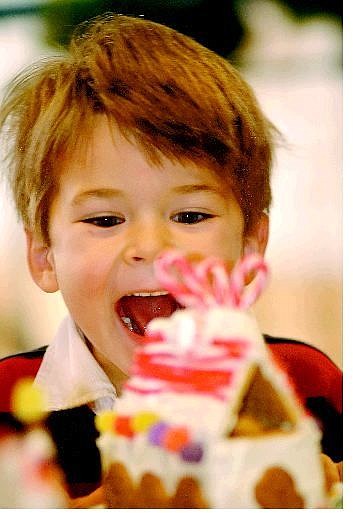 Photos by Kevin Clifford/Nevada Appeal Duke Langson, 4, smiles with glee as he finished his crackershack at The Children&#039;s Museum of Northern Nevada on Thursday. At left, Lauryn Bailey, 7, from Carson City, puts the finishing touches on her crackershack.