Students make another family their own 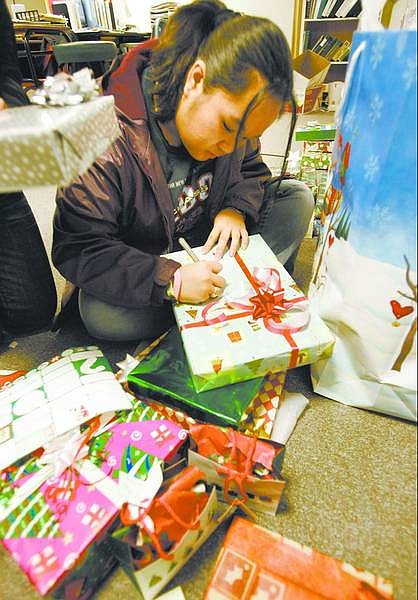 Cathleen Allison/Nevada Appeal Christy Lin, 16, puts tags on some of the gifts Carson High School Advanced Placement English students donated for a family they adopted for Christmas. Students raised money or donated gifts for the Carson City family of five.