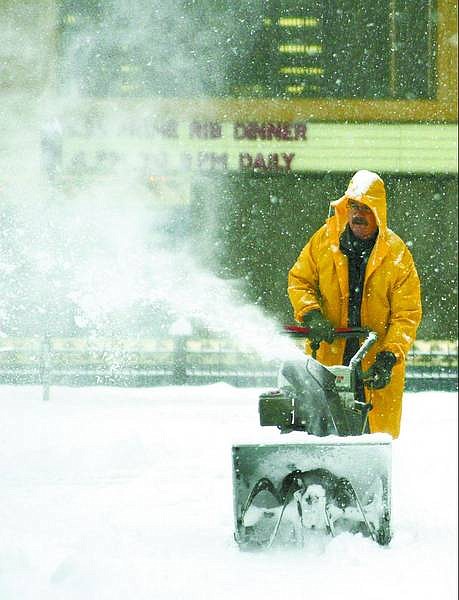 Brad Horn/Nevada Appeal Ron Kaher, an employee of Cactus Jack&#039;s Casino in Carson City. plows a side street in front of the casino during a snowstorm on Sunday. A fast-moving front brought more than 8 inches of snow in less than 12 hours.