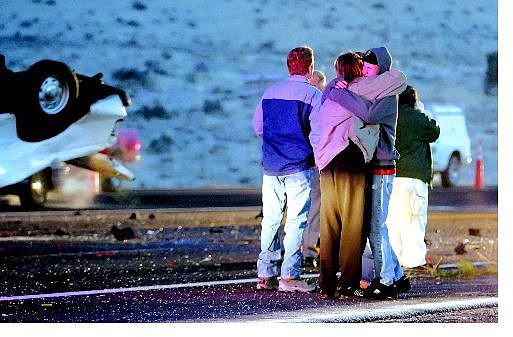 BRAD HORN/Nevada Appeal Family members comfort each other early Friday morning at the accident scene where two men were killed in a rollover accident on Highway 50 in east Carson City.