Governor looks back on his tenure 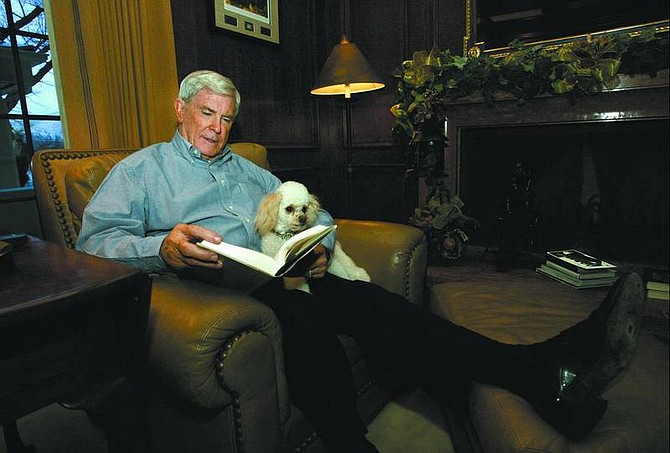 Cathleen Allison/nevada appeal Nevada Gov. Kenny Guinn relaxes in his den at the Governor&#039;s Mansion in Carson City on Dec. 9 with his dog &quot;Mimi.&quot; Guinn is in his final year as governor after serving two terms and is looking forward to touring the state with his wife Dema.