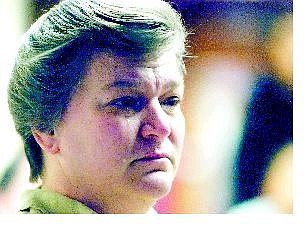 BRAD HORN/Nevada Appeal Vicki Hathaway reacts while watching a documentary about her son during a presentation of the Carson High School Project Ignition Driver Awareness program at the high school on Wednesday morning.