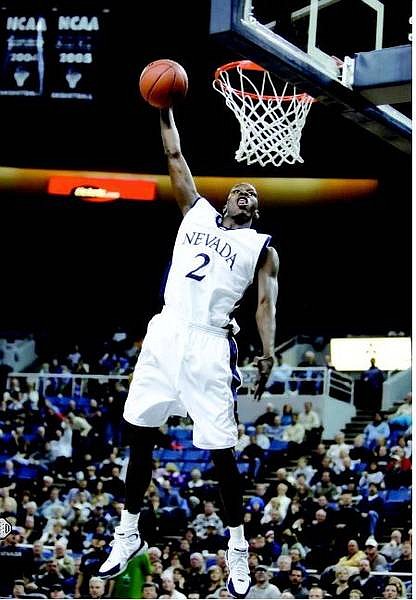 Chad Lundquist/Nevada Appeal Mo Charlo #2 Wolf Pack forward sets up for a dunk during the first half of game 3 against the Seattle Pacific Falcons at Lawlor Events Center on Tuesday.