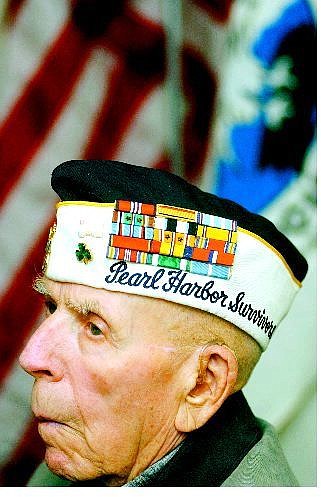 BRAD HORN/Nevada Appeal Bob Fitzgerald of Reno listens Wednesday during introductions at the Pearl Harbor Survivors Association. Inc. meeting at Grandma Hattie&#039;s commemorating the anniversary of the bombing. Fitzgerald is a transfer from Chapter 23 in Santa Rosa, Calif.