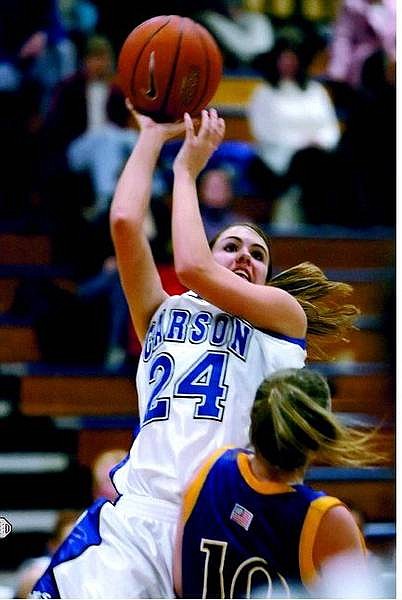 Chad Lundquist/Nevada Appeal #24 Hannah Works goes up for a rebound in the 3rd quarter on Tuesday nights game against Reed High School.