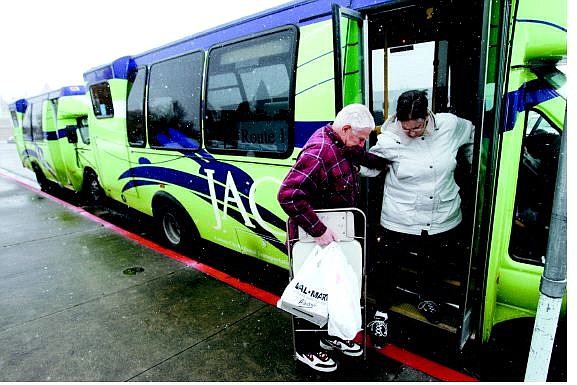 Chad Lundquist/Nevada Appeal Ray Soloninka, 79, helps his wife, Barbara, 64, step off of a JAC bus at the Plaza Street transfer station on Nov. 28. Officials say bad weather and no bus shelters are keeping ridership numbers down during the system&#039;s first paid month of operation.