Boomers going downhill - and loving it 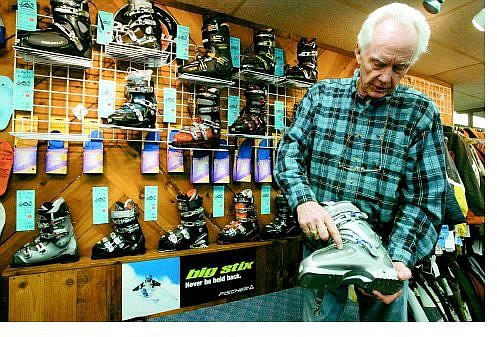 Curt Barnes, 77, of Stagecoach owns the House of Ski on Kingsbury Grade. Here, he explains the finer points of a pair of flexible boots, equipment he says is increasingly favored by older skiers. Dan Thrift/ Appeal News Service