Family of teen killed in accident takes case to governor 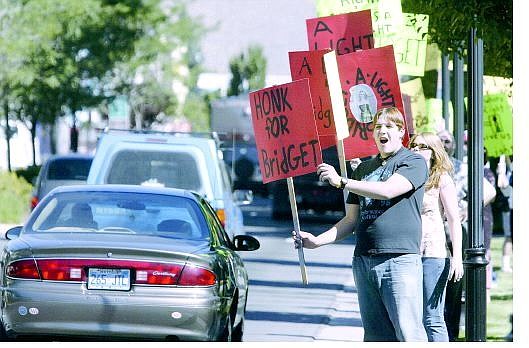 Cathleen Allison/Nevada Appeal Steven Chambers, 17, and a group of friends and family gathered at the Capitol Thursday to protest a decision by NDOT to not install a traffic light at Stephanie Way and Highway 395. Chambers&#039; twin sister, Bridget, was killed when her car was hit by a driver making a left-hand turn at the intersection July 15.