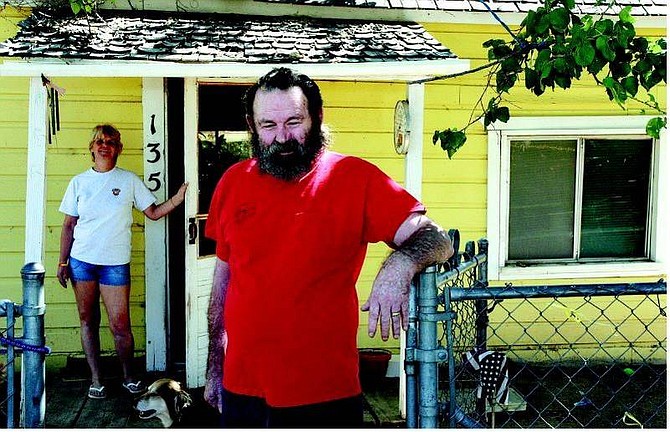 Chad Lundquist/Nevada Appeal Jerry and Terri Wagoner, left to right, stand in front of there home at 135 Silver St, in Dayton on Wednesday. The home has been in Jerry Wagoner&#039;s family for three generations.