Save a tunnel, gain historic ambiance 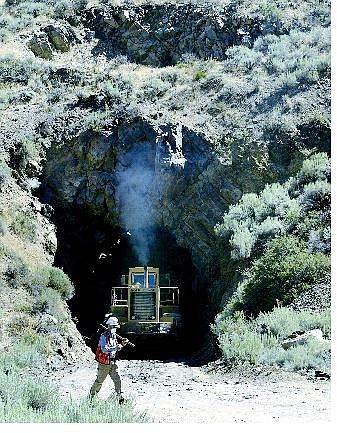 Cathleen Allison/Nevada Appeal Crews worked in August to open the west side of a historic V&amp;T tunnel near Silver City to determine whether it was possible to restore it for use in the V&amp;T railway connecting Carson City and Virginia City.