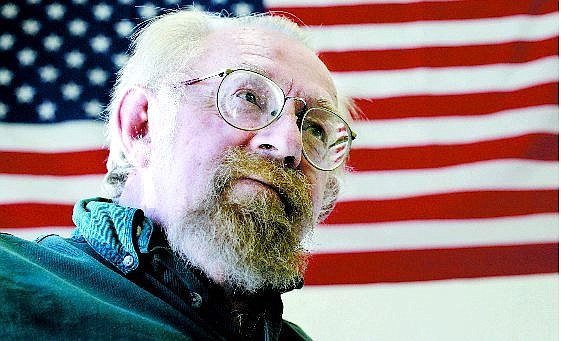 Chad Lundquist/Nevada Appeal John Clark, 60, a homeless Carson City man, poses in front of an American flag hanging of the wall of the Friends in Service Helping building for Monday&#039;s point-in-time count. This was the second count held by FISH this year.