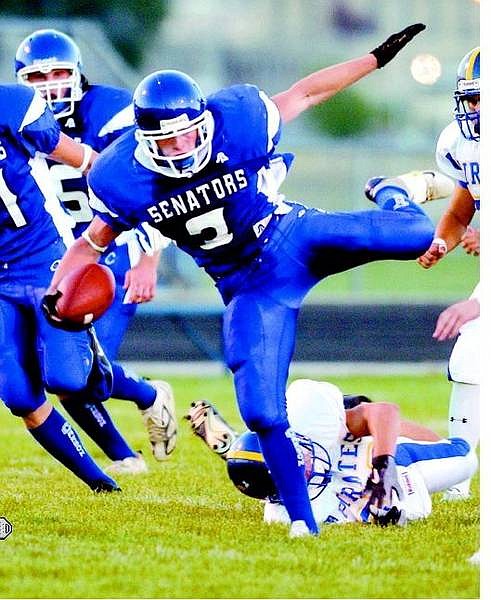 BRAD HORN/Nevada Appeal Carson&#039;s Bryan Maffei keeps his balance against Moapa Valley in the first half in Carson Friday. Maffei ran for two touchdowns to open the Senator&#039;s 2005 season.