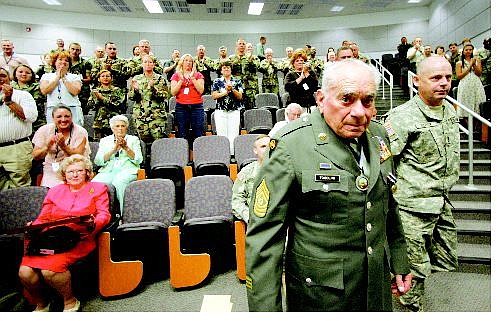 BRAD HORN/Nevada Appeal Command Sgt. Maj. (Ret.) Ensio Tosolini walks to the podium while his wife, Claudette, left, in pink, watches on Friday at the Office of the Adjutant General.