Carson High class of '09 has first day in big school 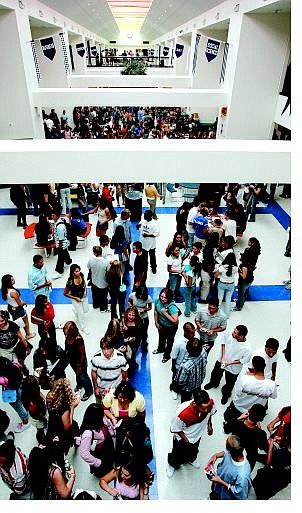 Chad Lundquist/Nevada Appeal Students at Carson High School, gather in the commons area for their first lunch break of the year on Wednesday.