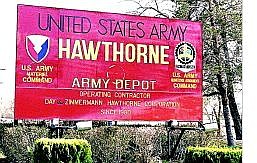 DAVID C. HENLEY/Nevada Appeal News Service The Hawthorne Army Depot, seen here last month, was spared from closing by a vote of the Base Realignment and Closure Commission on Wednesday.