Pipe band happy with all performances in competition 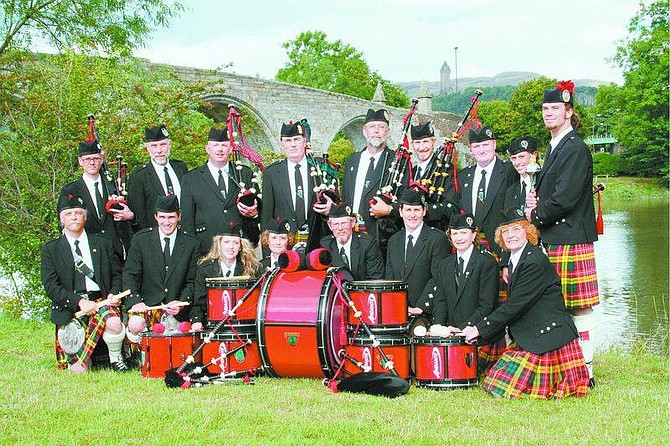 Ron James/For the Nevada Appeal The Sierra Highlanders Pipe Band poses in front of the Stirling Bridge in Stirling, Scotland. The band participated in the World Competition of Pipe Bands in Glasgow, Scotland, recently doing better than five Scottish bands, two U.S. bands and a Canadian band, and placed 12th out of 22 in the ensemble category. Below, members of the Sierra Highlanders Pipe Band pose at the Stirling Clocktower. From left, front row, are Larry Hoskins, John LoGiurato; back row are Joe LoGiurato, Claire Hoskins and Jeremiah James.