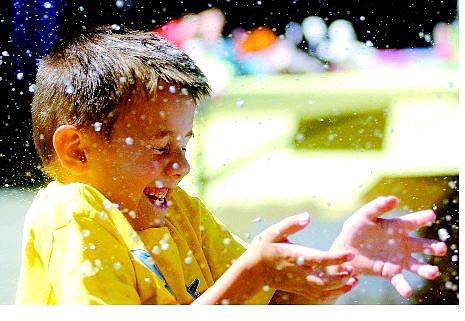 BRAD HORN/Nevada Appeal Bryce Bauer, 6, of Carson City, gets sprayed by Carson City Supervisor Shelly Aldean after Bauer hit the bullseye at the dunk tank, soaking Aldean. The dunk tank was a featured attraction Saturday at the fourth annual Kids Karnival at the Children&#039;s Museum of Northern Nevada.