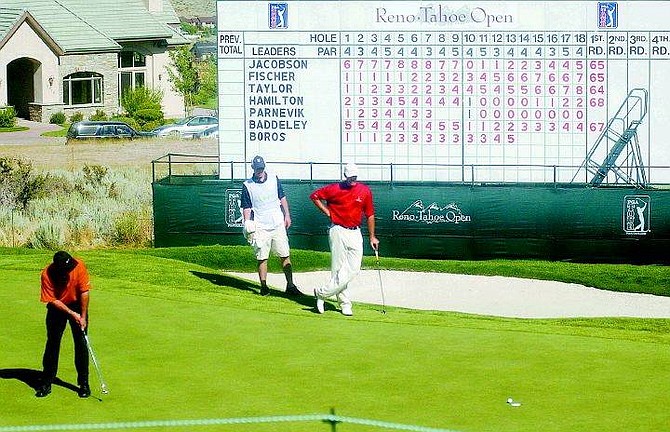 BRAD HORN/Nevada Appeal Paul Gow, of Sydney Australia, putts while Rich Barcelo, of Reno, Nev., and his caddy watch on the 18th green during the first round of the Reno-Tahoe Open at Montreux Golf &amp; Country Club.