Lucky cat chews up at least 3 of 9 lives 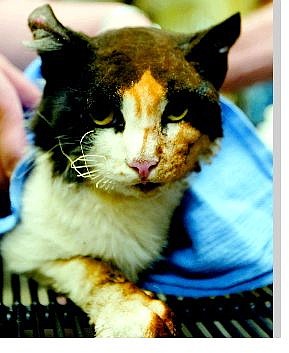