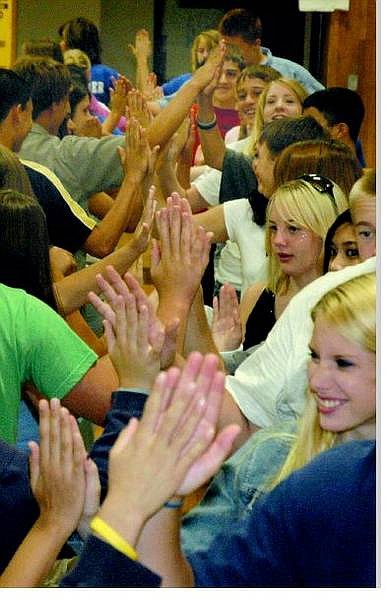 Photos by Kevin Clifford/Nevada Appeal Incoming freshmen press hands together in an exercise to help them meet new people and gain confidence at the Carson High School freshman orientation Thursday. This is the second year the school has had a freshman orientation hosted by Link Crew students.