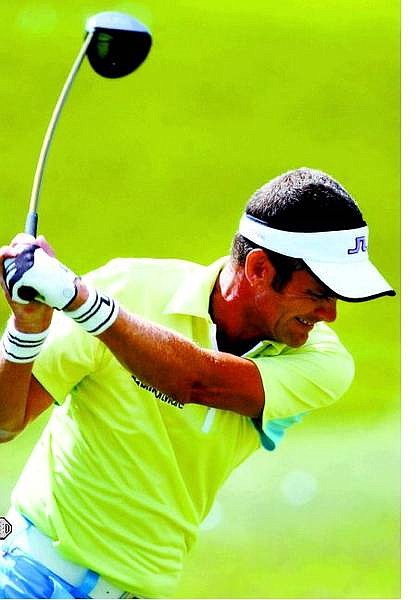 Jesper Parnevik, of Stockholm, Swe., practices on the driving range after his round during a Pro-Am at the Reno-Tahoe Open at Montreux Golf &amp; Country Club in Reno, Nev., on Wednesday, Aug. 17, 2005. Tournament play begins Thursday, Aug. 18, 2005. AP Photo Brad Horn/Nevada Appeal