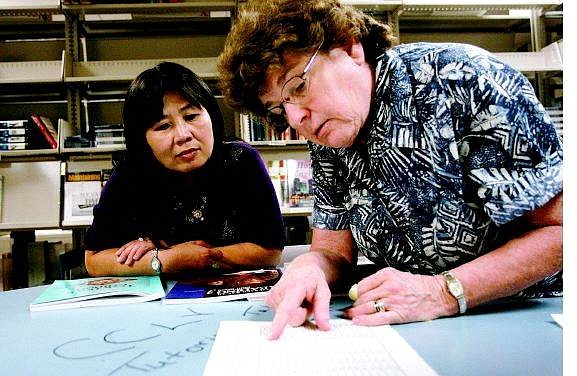 Chad Lundquist/Nevada Appeal Mesha Kennerley, left, and Marilyn Brandvold talk about the Carson City Literacy Volunteers program Tuesday at the Nevada State Library and Archives. Kennerley has been a tutor since 1995, and now has three Chinese students.