More than 800 line up for school supply give-away 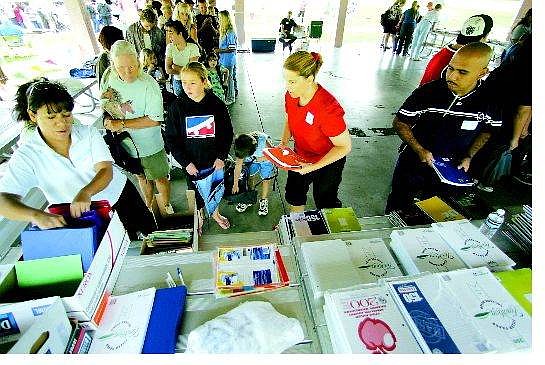 BRAD HORN/Nevada Appeal Carmen Arce, from left front, Kellie Butterworth, and Ramiro DeLacruz, all of Carson City, help pass out school supplies at Mills Park on Saturday during a giveaway organized by The Dialogue to End Childhood Hunger &amp; Homelessness.