'It's a constant battle' 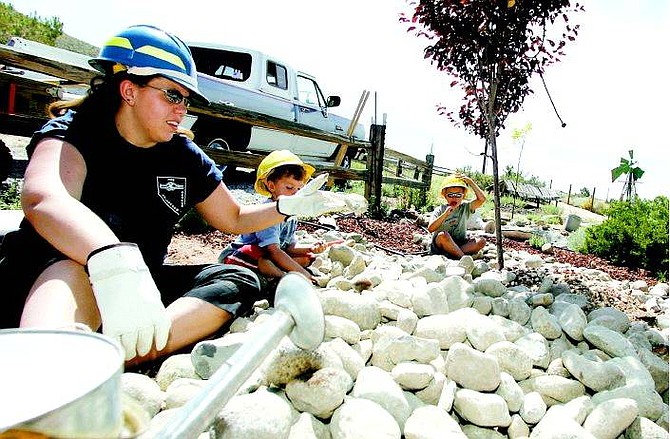 BRAD HORN/Nevada Appeal Anita Hass and her sons Justin, 7, center, and Matthew, 5, of Washoe Valley, help clear rocks from a space outside the Alderson&#039;s home that will be covered with a plastic tarp to prevent weed growth. Hass, a criminal justice major, is a volunteer firefighter in Pleasant Valley.