Hungry as a bear 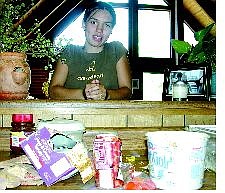 Cory McConnell/Nevada Appeal Tawnya McDowell poses in front of a fresh batch of groceries after what was most likely a bear broke into her house though a window and raided the kitchen.