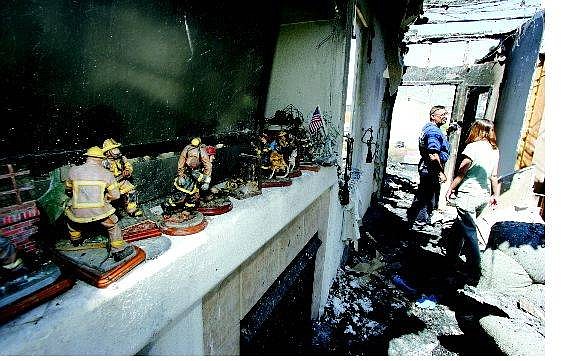 Brad Horn/Nevada Appeal Nick Agorastos, a fire captain in Douglas County, walks through his home with his wife Christy, on Friday afternoon while they wait for insurance adjusters. The Agorastos&#039; home, at 1331 Grassland Drive in Dayton caught fire at around midnight Friday, destroying the home. Below, the sky can be seen through the burned-out roof.