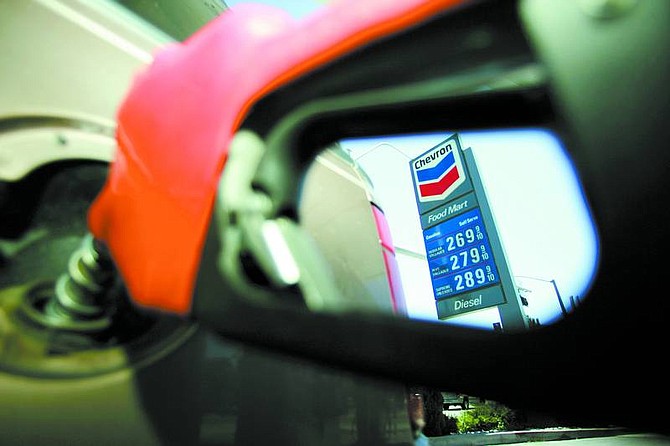 BRAD HORN/Nevada Appeal The region&#039;s rising gas prices can be seen at the Chevron gas station on the corner of Carson and William streets Thursday afternoon.