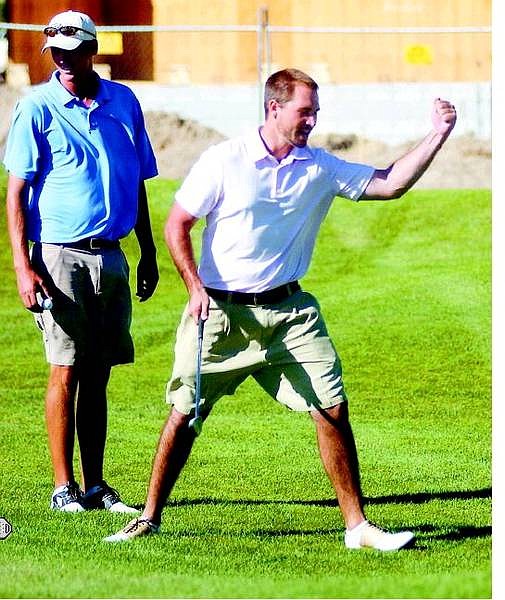 BRAD HORN/Nevada Appeal Chad Fosburg reacts after making an eagle on a chip on the 18th green while Matt Kinsinger watches on Wednesday at the Nevada State Amateur Golf Championship at Dayton Valley Country Club.