Car windows shot out across town 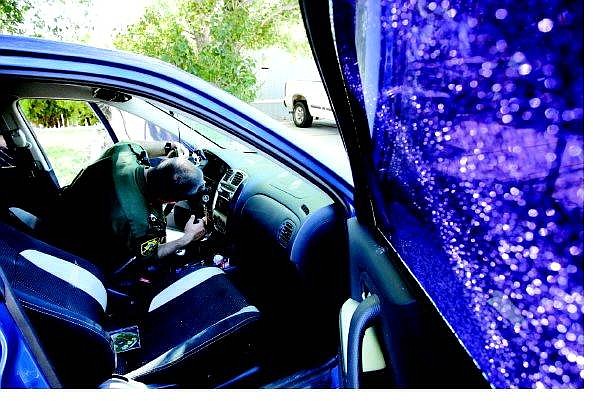 Chad Lundquist/Nevada Appeal Carson City Sheriff&#039;s Deputy Brian Hardy searches the steering column of this Mazda Protege for the .22 cal. bullet that passed through its passenger window on Tuesday night. It was one in a string of shootings in the late-night and early morning hours.