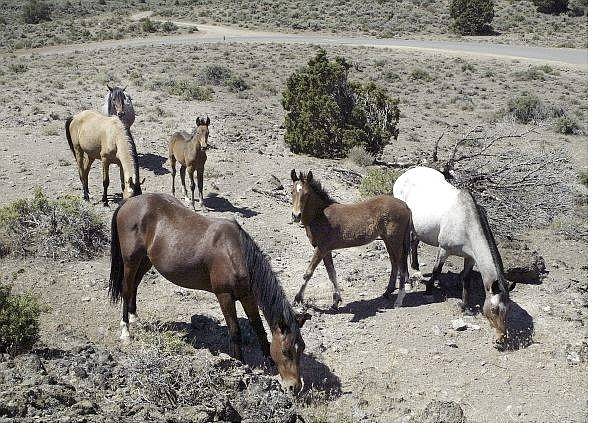 Cathleen Allison/Nevada Appeal A herd of wild horses graze outside of Virginia City on July 6.