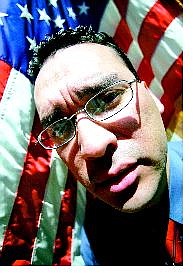 BRAD HORN/Nevada Appeal Javier Ramirez, a library assistant for the Carson City Library, holds a citizenship class Saturday morning. In addition to working full-time and taking 17 units at the University of Nevada, Reno, Ramirez raises three kids with his wife.