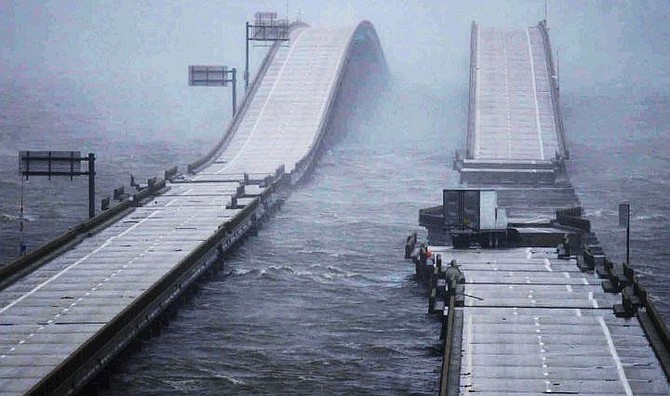 A quarter mile section of east-bound Interstate 10 bridge over Escambia Bay connecting Santa Rosa and Escambia is missing in Pensacola, Fla., Thursday. Sept. 16, 2004, following landfall of Hurricane Ivan. Part of the cement was pushed up on the side of the bridge and part of it was in the water. The west-bound section was damaged, but still standing. (AP Photo/Fort Myers News-Press, Andrew West)