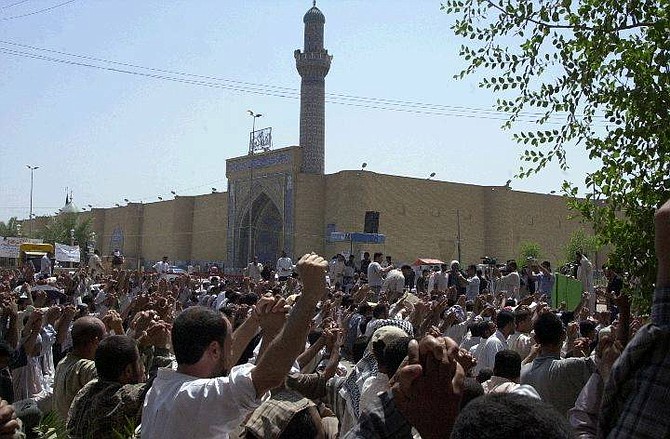 Supporters of rebel Shiite cleric Muqtada al-Sadr shout slogans in his favor before offering prayer outside the Kufa mosque in Kufa, Iraq, Friday Sept. 3, 2004. Iraqi security forces fired warning shots and barred vehicle traffic leading to Kufa on Friday, fearing an outbreak of violence as hundreds of worshippers descended on the holy city for the first weekly prayers since al-Sadr relinquished control of its revered shrine under a peace deal. (AP Photo/Alaa al Murjani)