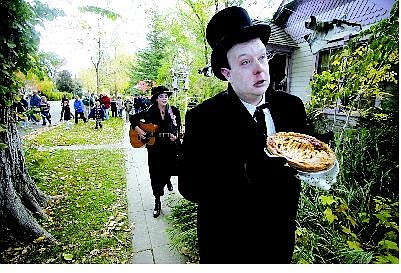 BRAD HORN/Nevada Appeal Keith Anderson and Rachael Lewis, both of Reno, play the parts of Mr. and Mrs. Gov. Jones during the Ghost Walk on Saturday.