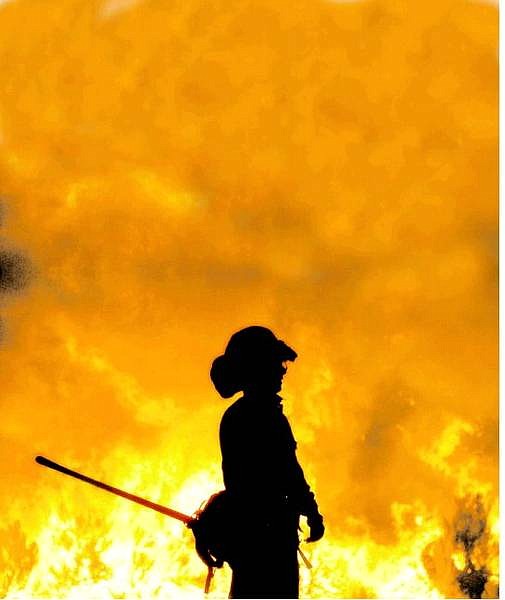 Appeal file photo Predictions of a dry, dangerous fire season have firefighters around the West worried if there will be enough resources to go around. Here, in a photo from 2002, U.S. Forest Service firefighter Byron Corletto watches as a hillside burns along Highway 395 south of Topaz Lake.