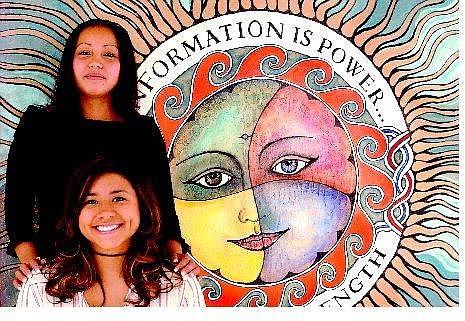 Rick Gunn/Nevada Appeal Rosa Diaz, 19, stands above Maria Urbina, 17, in front of the &quot;Information is Power, Diversity is Strength&quot; mural at Carson High School. Urbina, a Nicaragua native, created a $1,700 scholarship for a non-native student. She awarded the scholarship to Mexico-born Diaz, who plans to attend Truckee Meadows Community College.