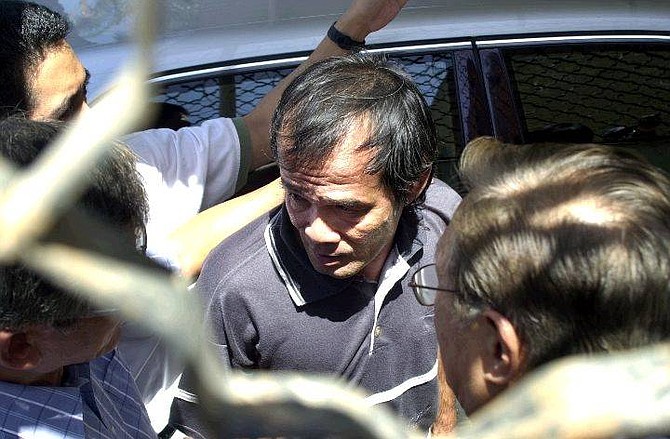 Filipino Angelo dela Cruz, who had been held hostage in Iraq enters the Philippines embassy after he had earlier been handed over to the United Arab Emirates embassy in Baghdad, Iraq, Tuesday July 20, 2004. The hostage drama that has gripped the Philippines for two weeks came to a happy ending Tuesday when insurgents in Iraq freed a Filipino truck driver who has become a national icon at home. (AP Photo/Mohammed Uraibi)