Civil War statue to be refurbished 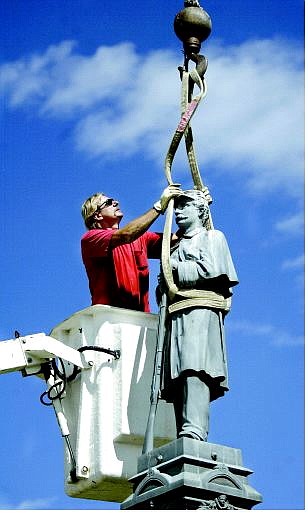 Cathleen Allison/Nevada Appeal Mike Thornton of Connolly Crane secures a 113-year-old statue at the Civil War monument at the Lone Mountain Cemetery Monday morning. The statue will be sent to Cincinnati for repairs and restoration.