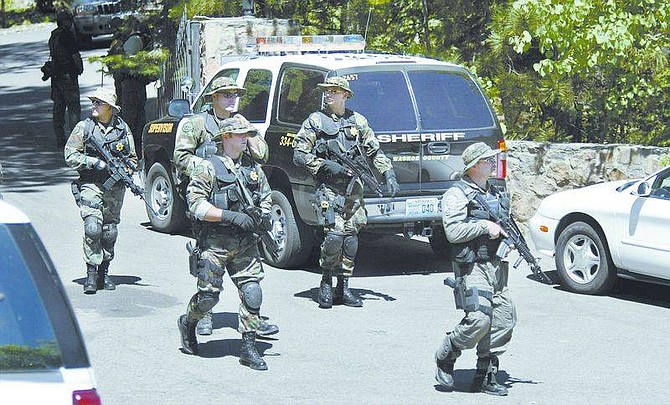 Cathleen Allison/Nevada AppealCarson City Sheriff&#039;s SWAT members search Glenbrook on Tuesday for suspect Roderick Macleod, who allegedly shot at police during a chase in a stolen U-Haul. The chase ensued through Carson City, Douglas and up Spooner Summit before Macleod fled on foot around 6 a.m. He was apprehended about 5:30 p.m.