Camels in the (Stagecoach) Outback 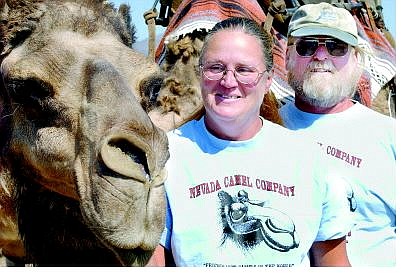 Diane and Gary Jackson, below, of the Nevada Camel Co. in Stagecoach, with their camel Michael. Above, a young girl awaits a camel ride Tuesday.